Straddling the border between Pakistan and China, to the north-west of the Greater Himalaya, is the Karakoram, one of the most exciting trekking areas in the world. In 2000 I visited the area for the classic trek to Concordia and K2. In 2014 I returned to Pakistan for the Biafo-Hispar Glacier Traverse, also known as Snow Lake Trek. It has been rated as one of the top treks in the world for its scenery and adventurous nature. 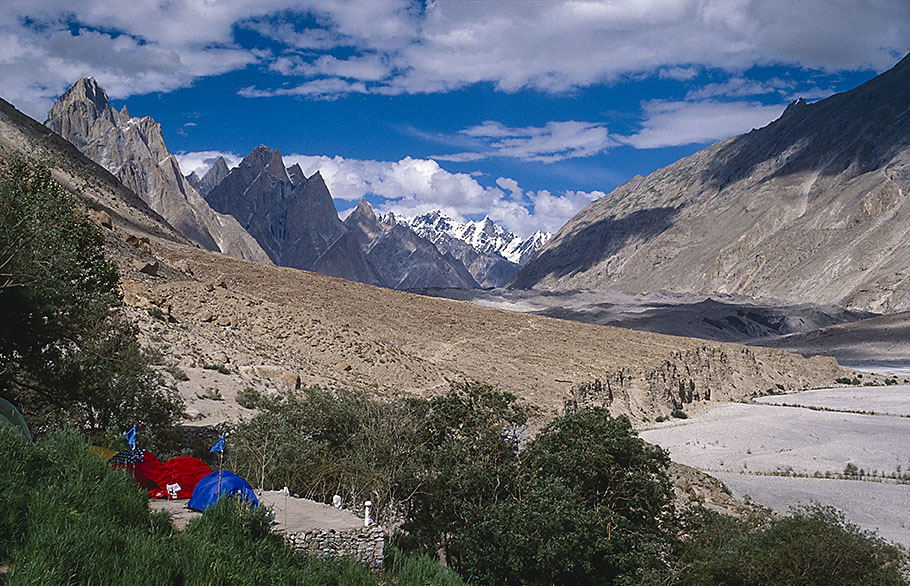 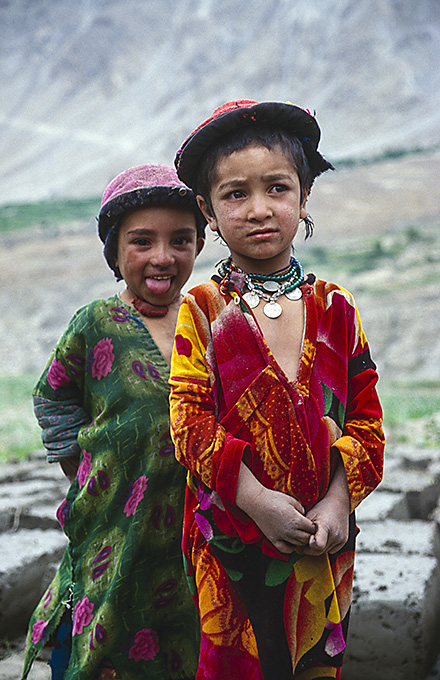 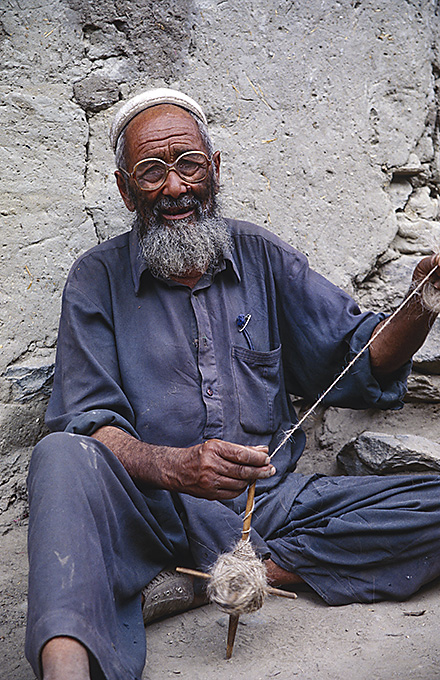 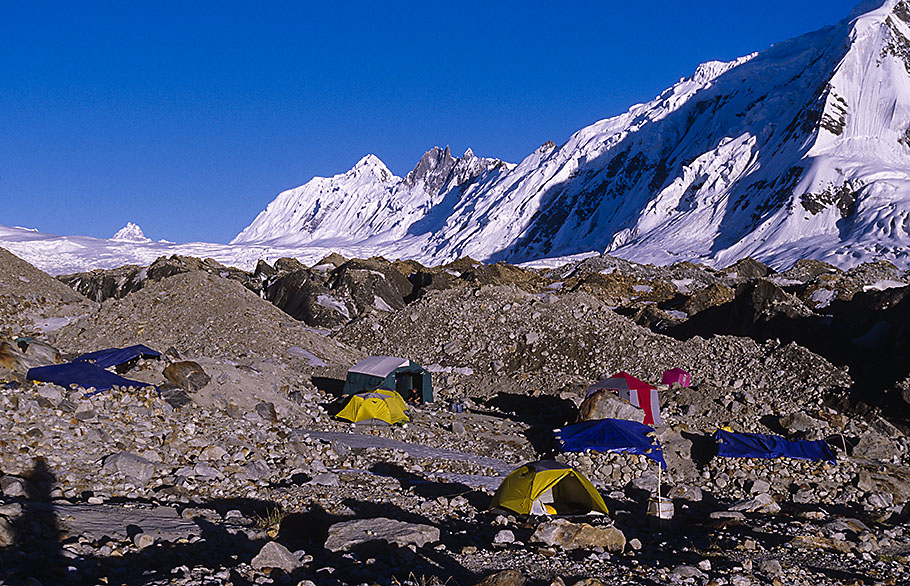 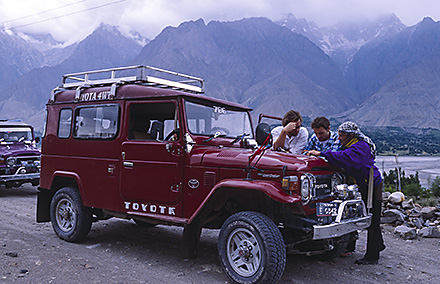 The Biafo and Hispar Glaciers form the longest glacial system in the world outside of the polar regions. Together they create a natural 'highway' stretching for 120 km and linking Baltistan with Nagar. At the heart of this system lies Snow Lake, a huge glacial basin. 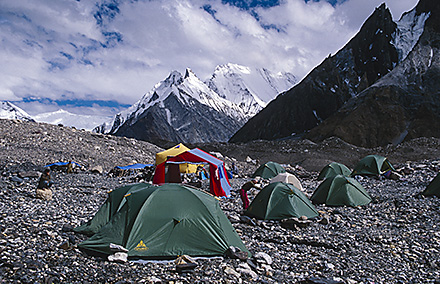 A very popular trek in Northern Pakistan is the long and demanding trek along the Braldu Valley and Baltoro Glacier to Concordia, a magnificent natural amphitheater at the foot of the Gasherbrum peaks and K2 (Chogori), the world's second highest mountain.

Despite it's wealth of magnificent scenery, Pakistan's Karakoram mountains attract relatively few trekkers. That's because the area is so inaccessible and trekking in Pakistan is more demanding than in countries such as Nepal. Any trek involves having all the supplies and equipment to be completely self-sufficient if need be.

Baltoro Glacier / K2 Trek: Starting point is Skardu, the administrative centre and largest town of Gilgit-Baltistan. To get to Skardu, you can either board an airplane in Islamabad, or make an exhilarating 24-hour journey on the Karakoram Highway. Opened in 1982, the Karakoram Highway is the world's highest public highway, twisting its way through three great mountain ranges – the Himalaya, Karakoram and Hindu Kush.

From Skardu a jeep ride through the wheat fields and apricot orchards of the Shigar Valley leads to the road-head at Askole, a Balti mountain village surrounded by green irrigated fields. The trek from Askole to Concordia takes around eight days, not including rest days.

Concordia, the meeting place of the Godwin Austen, Vigne and upper Baltoro Glacier, offers spectacular views of some of the highest mountains on Earth, including K2, Broad Peak, Gasherbrum, Masherbrum and Chogolisa. Instead of doubling all the way back to Askole, you can trek out of Concordia over the Gondogoro La pass (5550m) into the beautiful Hushe Valley.

"No mountain scene has impressed me more deeply", Eric Shipton